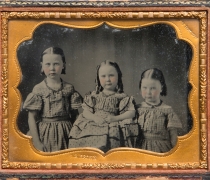 Sarah Esther Ball — “Sadie” to her friends — was born on Nov. 9 in East Troy, Wisconsin in 1953 to Edward Hyde Ball and his wife, Sarah Eusilia Cobb. Sarah moved to Milwaukee in 1861 with her family. In 1877, Sarah married Charles Allis — the son of Edward Phelps Allis and Margret Watson. They shared a love of art, the natural world and traveling. Together, they traveled across the United States and Europe collecting art. 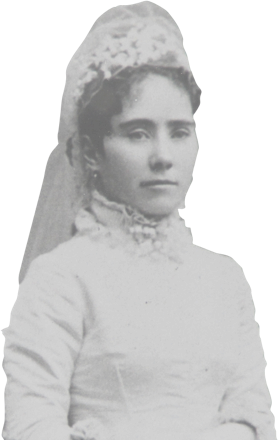 The Allis family traces its roots to a passenger on the third voyage of the Mayflower in 1630. The Allis name made its way to Milwaukee two centuries later, when Edward Phelps Allis — after graduating college at the age of 21 — moved from his hometown of Cazenovia, New York to Milwaukee in the spring of 1846. Charles Allis was born in 1853 in Milwaukee, the third of E.P and Margaret’s twelve children.

In 1911, Charles and Sarah built a residence on Royall Place and Prospect Avenue — in the heart of Milwaukee’s “Gold Coast” — to house their world-class art collection. Their intention was to bequeath their home and collection to the people of Milwaukee.

The mansion that architect Alexander Eschweiler designed is strongly influenced by the English Tudor style, with symmetrical bay windows and a steeply pitched English slate roof.

More About the Mansion

But Charles and Sarah Allis are not the only Milwaukeeans key to the museum’s story. As they contemplated the building of their residence, the couple was drawn to English design, a nod to their English heritage. This led them to Alexander Chadbourne Eschweiler, a prominent Milwaukee architect who designed many lavish city residences — some in carefully executed Tudor style.

Eschweiler was born in Boston in 1865, the son of a German-born engineer. The family moved to Northern Michigan, where his father worked in the copper mining industry. They moved to Milwaukee when Alexander was 17 years old. He attended Marquette University for a year before transferring to Cornell University. After earning his degree in architecture there in 1890, he returned to Milwaukee and began his career with the Henry C. Koch architectural firm, designing the atrium roofs of Milwaukee’s iconic City Hall and the Pfister Hotel among other early commissions. 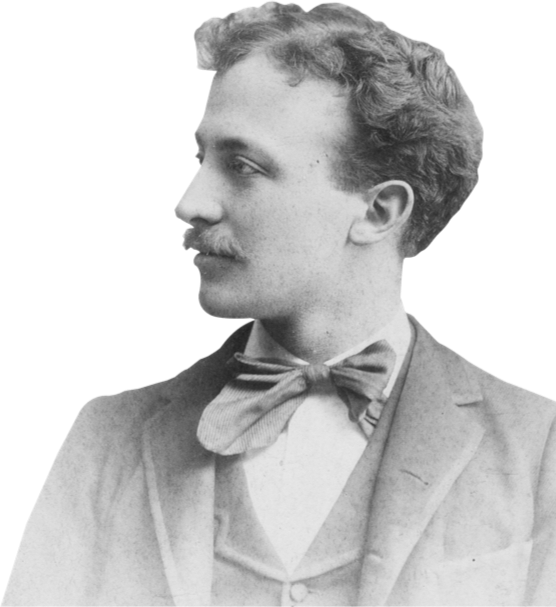 After moving to Milwaukee in 1846, E.P. Allis quickly established himself in business, eventually buying the Reliance Iron Works at a sheriff’s sale in 1861. The firm quickly grew from 75 employees to over 1,500. Reliance eventually became the Edward P. Allis Company, which supplied the water pipes and pumping stations for Milwaukee’s first public water system. In 1888, they built a pump for drawing water from the lake to “flush” the Milwaukee River.

More About the Allis-Chalmers Company

What's happening at the museum? What's coming next? What's the talk around town? Find the latest information here.

Intimate and unique, share this stunning Tudor-style mansion on Milwaukee's East Side with your guests.

Please sign up to receive email updates about all the great things happening at the Allis.